The world’s definitive authority on climate change is the UN’s Intergovernmental Panel on Climate Change (IPCC) and every 5 years or so, they release an extensive report on the latest research. This report is generated and edited by the top 100 climate experts in the world and is regarded as the source of truth for the most accurate data and projections as it pertains to climate change.

The IPCC has determined with “high confidence” that to keep global warming below 1.5°C, we must cut global emissions by roughly 45% from 2010 levels by 2030, reaching net–zero around 2050. In 2010, the world emitted about 46 billion metric tons of CO2 equivalents (mtCO2e). Now we emit about 51B mtCO2e annually.

Cutting global emissions will be no small feat, as going from 51B tons to zero will require a radical transformation of our society. Almost every activity and object that you engage with has a carbon footprint–the concrete in your apartment building, the toothbrush you use in the morning, or the electricity that goes into your EV. If we are to accomplish net-zero global emissions, we need to decarbonize nearly all activities by 2050.

As daunting as this seems, I’m optimistic about our response as a society to climate change. As someone who studied earth sciences in college, I used to look at climate change from a gloomy perspective. I had thought that the world would continue with business as usual, ignoring all the signs that the climate was changing, until we got to the point where the world was uninhabitable for humans.

However, I think we’ve hit a turning point in society where corporations and investors are now acknowledging that a net-zero emissions earth is both possible–and required–for our future. And fortunately, they’re responding accordingly.

With that said, what I’m not optimistic about is the impending devastation ahead of us. While there is uncertainty in our models of the future, the research is fairly solid that many lives will be lost due to crippling droughts or lethal heatwaves. In an unfair twist of fate, those least responsible for climate change will be the most affected by it. Nations just hitting their industrialization stride will be hit hardest by the impacts of climate change while at the same time being asked not to burn cheap and accessible fossil fuels.

The Rise of Corporate Sustainability

Despite the pandemic–and a political environment that literally outlawed talking about climate change in the federal government–many of the world’s largest companies publicly made bold sustainability commitments.

There are two important observations to note: 1) the number of companies making major commitments is steadily rising with more than 1,500 currently pledging to be net-zero, thus increasing competitive pressure on other companies to commit to more sustainable practices and 2) this happened when everyone thought sustainability would fall to the wayside due to the pandemic.

The latter is perhaps more significant. It serves as evidence that although business leaders had more pressing problems to focus on and had no immediate regulatory pressure, they still identified climate change as a factor that held enough importance to plan for.

The optimistic side of me likes to think that these actions are due to the inherent goodness of people and their desire to do the right thing for their community, but there is also a strong business case to be made for being carbon negative and that is likely an equal motivator.

For example, companies, like Bridge Partners, are trying to hit net-zero commitments, by relying on carbon offset or removal credits to account for hard-to-abate sectors like cement production and air travel. But the voluntary carbon credits market is still immature and needs to grow by 15x before 2030 to hit a 1.5°C pathway and, by extension, to accommodate all of the corporate net-zero commitments. With the sharp increase in corporate carbon commitments, there will likely be a race to purchase the limited quantity of moderate to high durability credits to mitigate the risk of being accused of “greenwashing”.  Companies that get in early and develop relationships or even long-term contracts will insulate themselves from what will surely be a chaotic market.

A second example is perhaps more obvious but not always mentioned. Corporate sustainability is an industry that is growing rapidly, and the space is still relatively uncharted compared to industries that have been around for 20-30 years. There are many opportunities to build products and services that enable companies to accomplish their own internal sustainability goals.

Stripe Climate, for example, offers a service where a business can allocate a certain portion of revenue accrued with each transaction to carbon removals that Stripe will source. It’s worth noting that Stripe claims 100% of the revenue goes directly to purchasing removals. However, being able to serve customers with sustainability products and services is only possible if companies walk the walk by developing their own internal practices first.

The idea that there is a business case for sustainability–and that the companies that fail to act on it will begin to lose ground to competitors with stronger long-term thinking–is pushing public capital markets to increasingly pressure companies to start reporting on their sustainability strategies and progress.

Larry Fink of BlackRock–the largest asset management firm in the world with over $8.6 trillion under management–asked companies this year to “disclose a plan for how their business model will be compatible with a net–zero economy… and how this plan is incorporated into [their] long-term strategy and reviewed by [their] board of directors.”

The implication is that investors have a right to know whether companies are planning for a net-zero economy. On the heels of Larry Fink’s letter, the SEC’s Acting Chair, Allison Herren Lee, directed the SEC to update the guidance on climate-related disclosures from 2010.

While it’s unclear exactly what will happen, this and other discussions seem to indicate that SEC regulation around carbon reporting may not be that far away. Another interesting market observation–although only marginally supportive of the readiness of capital markets–is the performance of the Energy Impact Partners Climate Index. This index has consistently outperformed the S&P, although with much higher volatility.

Thankfully, the private sector taking sustainability seriously has been followed up by the Biden administration taking climate action very seriously. In the last few months, the White House has rejoined the Paris Climate Agreement, proposed a $2.2 trillion infrastructure plan with climate change and green jobs at the core, and committed to cutting US emissions by at least 50% by 2030.

While it’s starting to look like we can count on the private sector to continue making progress regardless of policy, I think we’re also about to see a strong foundation of domestic policy and federal investment that will likely set the US up for success in the long run.

Regardless of what the private sector or the government is doing, we need to continue thinking about what our world needs to look like in 2050 and how we’re going to get there. We are on a path in the right direction, but we still have a lot of work to do.

Our purpose at Bridge Partners is to create opportunity and impact for our customers, our people, and our communities in a sustainable and responsible way. We are taking immediate action against climate change and guiding our clients to do the same. Read about our sustainability commitments here. 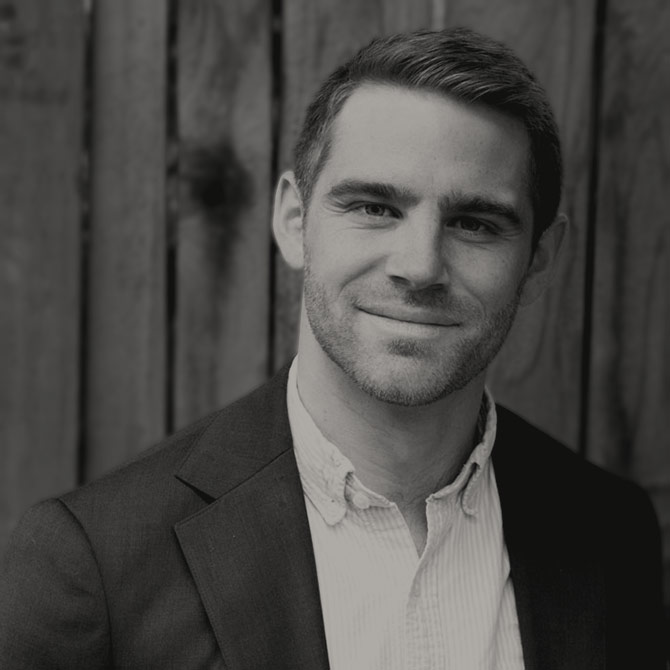